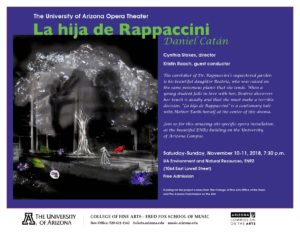 Free Admission. Seating is on a first come basis. Ticket vouchers will be handed out at ENR2 at 5:00 p.m. the day of the performance.

Attendees are invited to attend panel discussions at 5:30 p.m. and 6:15 p.m. at ENR2 on the day of the performances. “La hija de Rappaccini” will be the inspiration for a series of humanities panels, to challenge attendees’ perceptions around the ethical, moral, political and social issues posed within this story. Partner organizations include University of Arizona, local and regional groups which include; Biosphere 2, The Confluence Center, Global Initiatives, Spanish Department, History Department, Classics Department; The Tucson Desert Museum, Tucson Botanical Gardens, and UNAM.

The University of Arizona Opera Theater presents “La hija de Rappaccini” by Daniel Catán on Saturday, November 10 at 7:30 p.m. and Sunday, November 11 at 7:30 p.m. in the Environment and Natural Resources Building (ENR2). There will be a post-performance talk-back after each performance. The opera will be sung in Spanish with supertitles.

Playing with Poison: The Beautiful and the Deadly

The dangerously gifted Dr. Rappaccini dares to tamper with the laws of nature and science. His experiments take place in a sequestered garden filled with toxic flowers of fatal beauty. The caretaker of his poisonous garden is his beautiful daughter, Beatriz, who was raised on the same deadly plants that she tends. The brilliant young woman is full of promise, but is lonely and trapped in a garden that holds her prisoner. When a young student falls in love with her, Beatriz discovers that that she must make a terrible decision. This opera invites audiences to embark on a journey of impossible love and deadly secrets.

Director, Cynthia Stokes, has envisioned a remarkable world where the garden of Dr. Rappaccini has come to life. In this production, the flora and fauna of his mysterious garden are pulsating with life and animated by theatrical projections to create an atmosphere where the audience is absorbed into the magic of this world. Designers Sally Day and Chris Allen use repurposed materials including: bubble wrap and single use plastic bags to create an evocative design with an environmental message. The operatic installation will be the centerpiece for a larger conversation in the Tucson area during a week-end festival of panels. Participants will be invited to examine and challenge ethical, moral, political, popular culture and social issues posed by the opera. The festival is entitled: Experimentacion Amor y Veneno: Love and Poison in a Borderland Opera Festival.

The Experimentacion Amor y Veneno Festival will present a multi-faceted live public opera experience as the axis of a community dialogue. The conversation presented during the festival will explore contemporary issues such as women’s studies, the ethics of genetic engineering, border studies, Mexican history, and the intersection of architecture and art. These discussions will be led by experts from the University of Arizona and greater Tucson area.

The location of this production is the courtyard of the Environment and Natural Resources Building (ENR2), which is a plant-enhanced architectural space that beautifully mirrors the story and world of Dr. Rappaccini and his enticing garden made entirely of poisonous plants. The production will transform the six-story public space into a world of Magical Realism.

Stage and opera director Cynthia Stokes has devoted her professional career to creating provocative and thrilling productions across America. Her work has been praised for, “clear story-telling, theatrical sensibility and as having existential depths and evoking mythical resonance,” by the Philadelphia Inquirer; and, “funny and moving…as was the fatal confluence of illusion and reality…” by the San Francisco Chronicle.

Ms. Stokes is the artistic director of San Diego City Opera, which is dedicated to encouraging San Diegans to see their community in new positive ways by presenting opera in site-specific locations throughout the city. City Opera’s first production, “Queen of Carthage,” a contemporary retelling of “Dido and Aeneas” was part of La Jolla Playhouse’s Without Walls Festival. Music critic Jim Chute said,” they got to the beating, beautiful, timeless heart of Purcell’s 1688 masterpiece. Their 45-minute reduction of Purcell’s “Dido and Aeneas,” was an inspiration. She staged Dominic Argento’s song cycle “The Andrée Expedition” with three singers in an abandoned factory. Music critic Pam Kragen said, “ Stokes ends the engrossing piece with a surprising and moving theatrical flourish that features a soulful and stylish reunion of the dead and dying. Opera is at its best when it’s visceral, and City Opera’s imaginative conception of the tragic, true story of the Andrée Expedition has proven to be a natural.” 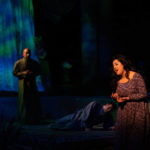 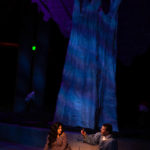 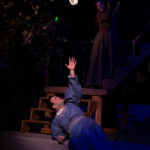 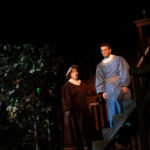 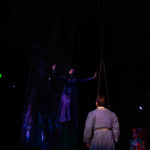 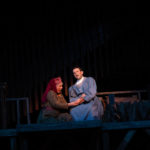 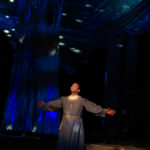 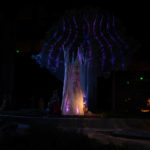 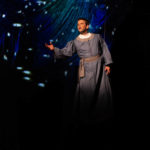 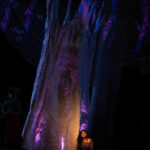 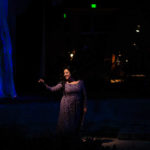 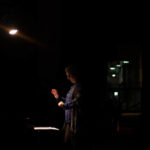 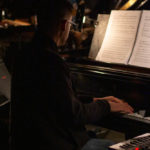 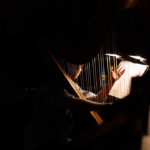 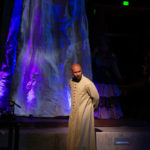 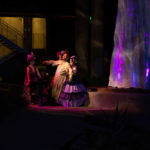 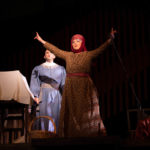 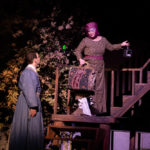 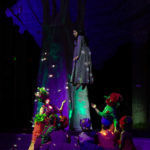 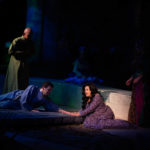 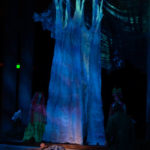 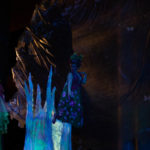 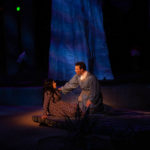 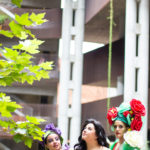