Composer Ricky Ian Gordon, baritone Justin Austin and pianist Howard Watkins discuss the creative process and how Ricky’s new work came into being. How do composers and performers collaborate, exchange ideas, inspire each other?

The atmosphere is casual, with a Q and A opportunity for the audience. 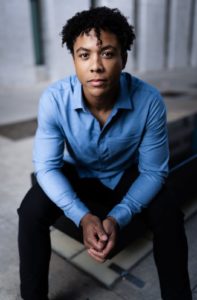 Praised in Opera News as “a gentle actor and elegant musician” and The Wall Street Journal  for his “mellifluous baritone,” Drama Desk Award-nominated baritone Justin Austin has been performing professionally since age 4. Born in Stuttgart, Germany to professional opera singer parents, Austin began his singing career as a boy soprano performing at venues such as Teatro Real, Bregenzer Festspiele, Lincoln Center, and the John F. Kennedy Center for the Performing Arts. While working with directors such as Götz Friedrich and Tazewell Thompson,  Austin was able to realize his love for music and performance early on.

For the 2021/22 season Austin made his Metropolitan Opera debut as Marcellus in the company premiere of Hamlet by Brett Dean. Austin also made his debut at the Lyric Opera of Chicago singing the leading role of Charles Blow in Fire Shut Up In My Bones by Terrance Blanchard. Austin starred as George Armstrong in the return of Intimate Apparel by Lynn Nottage and Ricky Ian Gordon at Lincoln Center Theater. He made his return to the New York Festival of Song for its debut concert at Little Island in New York City.