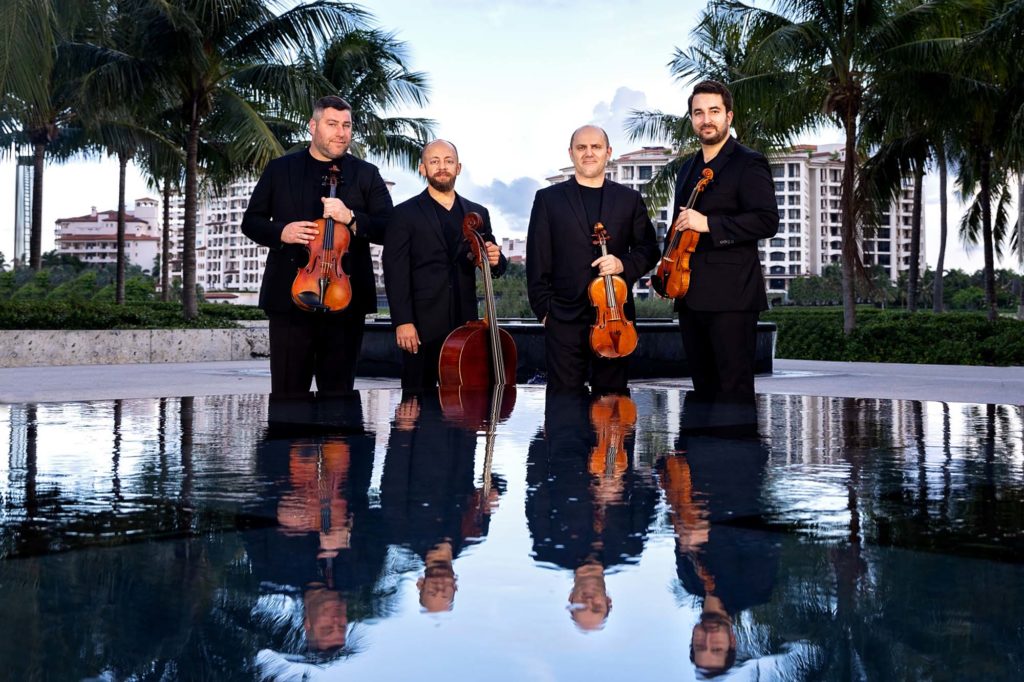 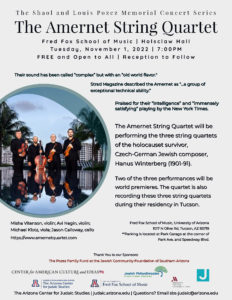 Praised for their “intelligence” and “immensely satisfying” playing by the New York Times, the Amernet String Quartet has garnered recognition as one of today’s exceptional string quartets and are Ensemble-in-Residence at Florida International University in Miami. Their sound has been called “complex” but with an “old world flavor.” Strad Magazine described the Amernet as “…a group of exceptional technical ability.” More Info

The Shaol and Louis Pozez Fine Arts event is bringing the Amernet String Quartet to Holsclaw Hall at The Fred Fox School of Music, on the campus of The University of Arizona. They will be performing the three string quartets of Hans Winterberg.

The case of the composer Hans Winterberg (1901–91) is a strange one. A survivor of the Terezín concentration camp, where he had been interned as a Czech Jew, after the War he settled in Munich as a German citizen, and his music enjoyed a number of broadcasts – but after his death, his estate disappeared into the vaults of the Sudeten German Music Institute, where it was placed under embargo, emerging only in 2015. This first album of his music reveals an unusual and individual voice, an idiosyncratic blend of Stravinsky, Janáček and Hindemith, with touches of Poulenc, often expressed with brittle humor and rhythmic verve.