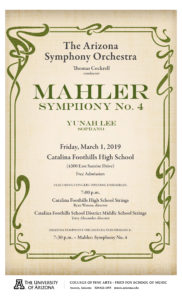 Lyric soprano Yunah Lee is thrilling audiences in the U.S., Europe and Asia with her “handsomely colored full lyric sound” (Opera News) and “picture perfect” acting (Berkshire Fine Arts). Recent performances in the title role of “Madama Butterfly” were hailed in Germany as “a revelation… [her] voice unites the girlish innocence and the wistful sensuality [of Cio Cio San]” (Online Musik Magazin). “…thoroughly captivating, above all thanks to Yunah Lee, who is utterly convincing in mood and presentation… a commanding and touching performance revealing the highs and lows of Butterfly’s emotions.” (Das Opernglas).

Yunah Lee made her European Opera debut in 2005 in the title role in “Madama Butterfly with Stadttheater Bern in Switzerland. She immediately returned to Europe to appear in concert with Gran Teatre del Liceu in Barcelona, Spain and then to New York City Opera as Mimi in “La Bohème.” She made her debut in the role of Cio Cio San in her home town in New Jersey in 2002, and repeated the role over 160 times in venues including Virginia Opera, Grand Rapids Opera, Central City Opera, Kentucky Opera, Opera Carolina, Minnesota Opera, New York City Opera, Staattheater Bern, Staattheater St Gallen, De Vlaamse Opera, Staattheater Braunschweig, Opera Ireland, Boston Lyric Opera, Opera Quebec and Dallas Opera, among others.

Ms. Lee made her New York City Opera debut as Micaëla in “Carmen” after having sung the United States premiere of the contemporary opera “Kinkakuji” with them. She later returned to perform the roles of Mimi, Zerlina, and Dew Fairyand to cover Gretel, Antonia and Liù. Ms. Lee toured Taiwan as Mimi, which she repeated in over 70 performances with New York City Opera, Cleveland Opera, Boheme Opera, Opera Roanoke, Aspen Music Festival, and made a company debut with the Korea National Opera in 2007. Ms. Lee made her debut with São Paulo Opera as Micaëla in “Carmen,” which she repeated with the New York City Opera, Fort Worth Opera, Tokyo City Orchestra. Ms. Lee’s other performances include Marguerite and Liù with Minnesota Opera, her debut in the role of Leila in “Les Pêcheurs de Perles” with Cleveland Opera and Donna Elvira in “Don Giovanni” with Palm Beach Opera and the National Opera of Korea.

Ms. Lee’s past performance roles include Nedda in “I Pagliacci,” Contessa Almaviva in “Le Nozze di Figaro,” Adnia in “L’elisr d’amore” and Juliette in “Romeo et Juliette.”As an active concert singer, Ms. Lee has sung “Messiah,” Mozart Requiem, Haydn “Creation” and Bach “St. Matthew Passion” with the New York Oratorio Society at Carnegie Hall, and Verdi Requiem with National Chorale at Avery Fisher Hall. In 2008, Ms. Lee was invited to appear as a soloist in the Great Mountain Music Festival, where she performed works of Rodrigo, Villa Lobos, Handel, Earl Kim and George Crumb. The 2005-2006 season saw Ms. Lee’s debut with Hiroshima Symphony performing Mahler Symphony No. 2, in the memorial concert of the 60th year after the Atomic Bomb in Hiroshima, her solo recital in Los Angeles at USC’s Newman Hall, KMF Virtuoso Concert at Alice Tully Hall with pianist Warren Jones and her European concert debut with the Pablo Picasso Orchestra in Malaga, Spain.

Ms. Lee made her solo recital debut at the Carnegie Hall and Ho-Am Recital Hall in Seoul, Korea followed by a national tour in five cities in South Korea. Ms. Lee was also featured in the Christmas Concert with Beijing National Symphony in China, in recitals with Shanghai Symphony and Seoul Arts Center, and in concert with Tokyo City Orchestra. Ms. Lee’s first recording of “Four Seasons in Korea” with I Musici was released in 2004.


The University of Arizona Saxophone Studio is pleased to present our Spring 2021 Studio Compilation Video! In this video, the saxophone studio will be performing classical saxophone repertoire, jazz tunes, and jazz transcriptions. Because of the challenges this semester, some of the performances that you will see will not have piano accompaniment. In place of this, pieces that do require piano will be performed unaccompanied, or the student will be performing with a backing track. We are very excited to present this compilation video for you, and we hope that you do enjoy it. Thank you!

Students: Are you planning to participate in an in-person commencement ceremony? Make sure to schedule your COVID-19 test as soon as possible, either through the Arizona system or an off-campus testing center. Find more information about requirements: . ... See MoreSee Less

The “Embrace Our Roots to Build Solidarity” concert will be premiered on the Arizona Arts YouTube channel on May 15th at 4 PM.

This event is co-presented by Arizona Arts, Applied Intercultural Arts Research Program at the University of Arizona, and Tucson Chinese Cultural Center. In this concert, musicians from different cultures will come together to perform music in celebration of the Asian American Pacific Islander heritage and in support of solidarity to unite people across borders. This concert features 25 international artists along with 7 speakers from East Asian Studies, Asian Pacific American Student Affair, Pima County Public Library, and National REACH Coalition. These artists will bring the music from China, Japan, Korea, India, Hawaii, Argentina, Greece, Mexico, and the Middle East. ... See MoreSee Less

It’s a big day for the members of HarpFusion @uazmusic 😊 We are offering a program of all-new arrangements for harp ensemble at the vaccine POD on campus. This is our first performance as an ensemble (non-solo) since March 2020, when our tour to Iceland was cut short due to the pandemic.
Today’s program features several original works by Bailey Stephenson and Marina Tiffany. We’re also including Ceili, our HarpFusion anthem, and a reprise of Saeglopur by Sigur Ros from our Iceland tour (arranged by Yvonne Cox!)

We are planning to stream live today from the site! If you’d like to tune in, here is our set list:

Not Staying - written and arranged by Bailey Stephenson

Be Not Afraid - written by Marina Tiffany

Thank you to the University of Arizona volunteers for working so hard to protect this community! 🌵 ☀️ 🎵 💙 ... See MoreSee Less

TURN UP promotes equality and inclusion, culture-connecting, and interdisciplinary collaboration. We are especially interested in partnering our performers with composers and artists from different geographic locations, cultures, and/or gender identities.