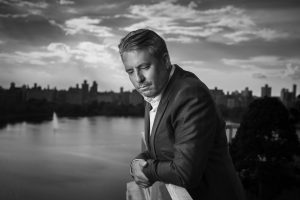 American tenor Matthew Polenzani is one of the most gifted and distinguished lyric tenors of his generation. His elegant musicianship, innate sense of style, dramatic commitment, and timeless artistry have established his continued presence at leading operatic, concert, and recital venues worldwide.

In the 2019/20 season, Mr. Polenzani returns to the Metropolitan Opera stage to star in three productions: Macbeth (Macduff), La Bohème (Rodolfo), and Der Rosenkavalier (The Italian Singer). Part of the Met’s New Year’s Eve Gala, he sings Act I of La Bohème opposite superstar soprano, Anna Netrebko. He stars as Don José from Bizet’s Carmen at the Bayerische Staatsoper, and he makes his role debut as Florestan from Beethoven’s Fidelio at the Baden-Baden Festspielhaus. Following, Mr. Polenzani will make his house debut at the Teatro Real de Madrid in Willy Decker’s timeless production of Verdi’s La Traviata as Alfredo.

In recital, Matthew Polenzani has appeared in numerous venues across America with pianist Julius Drake, and at London’s Wigmore Hall (available on CD from the Wigmore Hall label). He has also appeared with noted pianist Richard Goode in a presentation of Janáček’s The Diary of One Who Vanished at Carnegie’s Zankel Hall, and in recital at the Verbier Festival with pianist Roger Vignoles (commercially available on CD from VAI).

Matthew Polenzani was the recipient of the 2004 Richard Tucker Award, The Metropolitan Opera’s 2008 Beverly Sills Artist Award, and a 2017 Opera News Award. An avid golfer, he makes his home in suburban New York with his wife, mezzo-soprano Rosa Maria Pascarella, and their three sons.