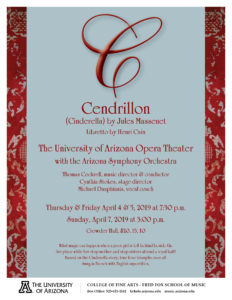 The University of Arizona Opera Theater presents “Cendrillon” (Cinderella) by Jules Massenet. The three performances will take place on Thursday and Friday, April 4 and 5, 2019 at 7:30 p.m. and Sunday, April 7, 2019 at 3:00 p.m. in Crowder Hall. There will be a post-performance talk-back after each show. Please note that the previously advertised Saturday performance has been canceled.

The Arizona Symphony Orchestra will perform under the baton of Thomas Cockrell, music director. Cynthia Stokes is the stage director and Michael Dauphinais is vocal coach. The beautiful costumes and stage set are by Chris Allen and Sally Day respectively. The opera will be sung in French with English supertitles, and the total duration including intermission is approximately one hour and 55 minutes.

What magic can happen when a poor girl is left behind beside the fireplace while her step-mother and step-sisters attend a royal ball? Massenet’s Cendrillon (Cinderella) is a heroine who is quite a bit different for the storybook counterpart we all know. She is a passionate, determined girl who fights to create her own path…with a little help from some magical friends, of course. Massenet’s fairy-tale opera is filled with a musical atmosphere that fits humor, wit, and deeply lush and romantic melodies into one evening. Cendrillon is both a tender love story and a comedy, with a score that weaves these two different styles skillfully together. From the comedy of the evil and selfish step-family, the beautiful and exciting love story between Cendrillon and her Prince, and the magic of the fairy and her forest sprites, this opera has something for everyone!

Imagine a perfume ad with its gilded glamour. With a spritz of an exotic perfume, any woman can become instantly transformed into a stunning, statuesque goddess.

Massenet’s Cendrillon inhabits a world that is slick and glossy. Everything is alluring, but, is anything real?  When beauty is our deity, what have we become? This story is dripping in sarcastic social commentary and of true love that exists despite the odds. Can we find love in a world where we hide from ourselves in decadence? This is the world and the questions that are asked of Cendrillon.

Stage and opera director Cynthia Stokes has devoted her professional career to creating provocative and thrilling productions across America. Her work has been praised for, “clear storytelling, theatrical sensibility and as having existential depths and evoking mythical resonance,” by the Philadelphia Inquirer; and, “funny and moving…as was the fatal confluence of illusion and reality…” by the San Francisco Chronicle.

Ms. Stokes is the artistic director of San Diego City Opera, which is dedicated to encouraging San Diegans to see their community in new positive ways by presenting opera in site-specific locations throughout the city. City Opera’s first production, “Queen of Carthage,” a contemporary retelling of “Dido and Aeneas,” was part of La Jolla Playhouse’s Without Walls Festival. Music critic Jim Chute said,” they got to the beating, beautiful, timeless heart of Purcell’s 1688 masterpiece. Their 45-minute reduction of Purcell’s “Dido and Aeneas,” was an inspiration. She staged Dominic Argento’s song cycle “The Andrée Expedition” with three singers in an abandoned factory. Music critic Pam Kragen said, “ Stokes ends the engrossing piece with a surprising and moving theatrical flourish that features a soulful and stylish reunion of the dead and dying. Opera is at its best when it’s visceral, and City Opera’s imaginative conception of the tragic, true story of the Andrée Expedition has proven to be a natural.”

He has conducted the professional symphony orchestras of Dallas, Cincinnati, Phoenix, Tucson, Louisville and Boulder, as well as several in Romania, Italy, Mexico and South Korea. Operatic credits include productions for Dayton Opera, Opera Colorado, Opera Theatre of the Rockies and Washington D.C.’s Summer Opera Theatre. He served as the associate conductor of Cincinnati Opera, Opera Colorado, The Colorado Symphony Orchestra and the Spoleto Festivals and music director of Denver Young Artists Orchestra. He was a member of the conducting faculty of the Interlochen Arts Camp from 2006-2008. For the 2014-15 season he served as interim conductor of the Phoenix Youth Symphony, the senior orchestra of one of the nation’s premier youth orchestra programs. 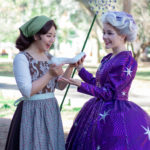 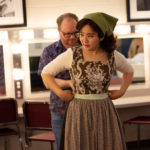 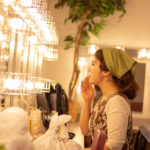 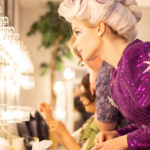 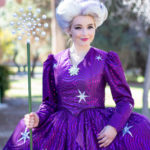 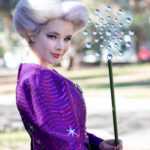 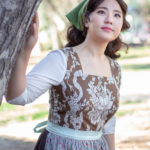 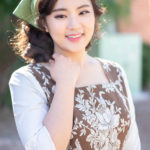 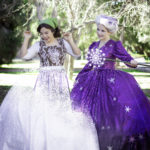