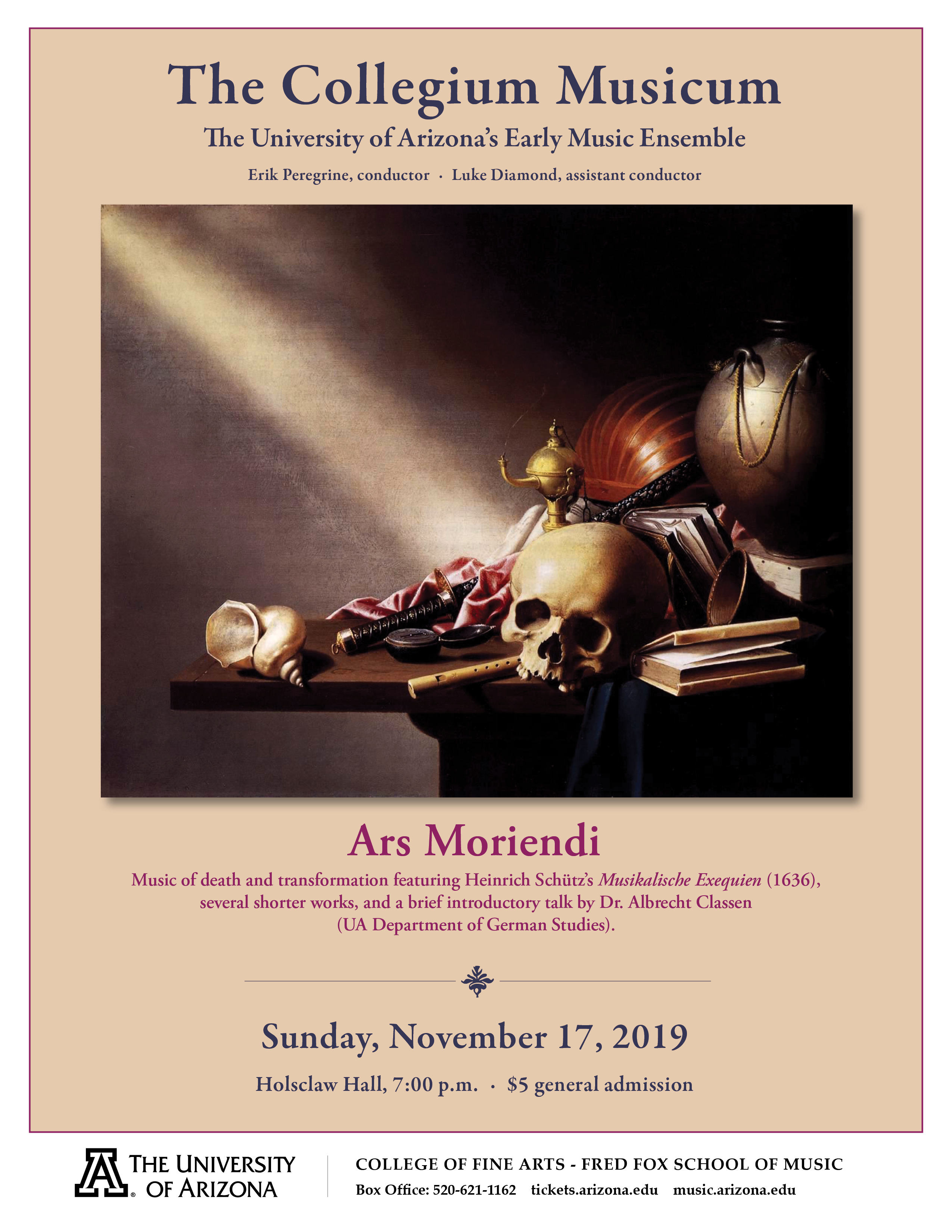 Collegium Musicum includes singers from the Fred Fox School of Music, the university at large, and the Tucson community. This year the ensemble performs under the direction of doctoral choral conducting student Erik Peregrine, and the assistant conductor is master’s choral conducting student Luke Diamond. Those interested in joining the ensemble in the spring, should contact peregrine@email.arizona.edu.

About the Conductors
Erik Peregrine enjoys an active career as a conductor and educator, currently serving as the artistic director for the University of Arizona’s Collegium Musicum as well as the artistic director of Ensemble Companio, an award-winning Northeastern chamber choir. Peregrine has previously held a wide variety of conducting and teaching positions across North America, including with the Tucson Masterworks Chorale, University of Arizona Choirs, Woodbury Chorus & Orchestra, One Voice Mixed Chorus (Minnesota), Saint Paul Conservatory for Performing Artists and the University of British Columbia Choirs, among others.

Luke Diamond (assistant conductor) is a graduate of West Virginia University where he studied conducting, composition and vocal performance. Before moving to Arizona, Luke was employed at Trinity Christian School in West Virginia, where he taught grades K-12, as well as choir, band and drama classes. He also served as the choir director and accompanist for several churches, and music director for various theatre companies in the Morgantown and Pittsburgh areas. Diamond’s compositional works of distinction include the opera Ma Grâce te Suffit, and the musicals What Have You Got To Lose, The Trouble with Gold, and This Ol’ Book.