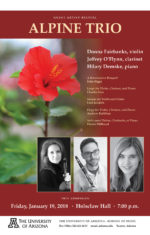 Associate Professor and Director of Piano Studies at Utah Valley University in Utah, USA, Hilary Demske is a native of Dallas, Texas. Hilary holds a Doctorate in performance from the University of Michigan, a Master of Music from The Juilliard School and a Bachelor of Music degree from The Peabody Conservatory of Music.

Hilary is a seasoned performer and composer, regularly appearing across the globe in prestigious venues.  This season includes recitals in China, Indonesia, Malaysia, Canada, Japan, and venues across the United States.  She received the School of the Arts Faculty Excellence Award in 2012 at Utah Valley University, where she directs the piano major program and teaches piano literature, piano pedagogy, and group piano.

She has given solo performances with several orchestras including the Orquestra Sinfônica de Londrina (Brazil), Utah Symphony, Charleston Symphony, Sun Valley Festival Orchestra, Utah Valley Symphony, as well as numerous collegiate and youth orchestras. She has presented masterclasses and recitals in Europe, China, Mexico, Brazil, and throughout the United States.

Dr. Fairbanks has been a member of several chamber ensembles including the Aurora Duo with harpist Lysa Rytting, the Escalante Trio with pianist Jeffrey Shumway and cellist Nicole Jackson, and the Atma Quartet with violinist Blanka Bednarz, violist Elizabeth Wallace, and cellist Cheung Chau. As a member of the Aurora Duo with harpist Lysa Rytting, she has recorded CDs with MSR Classics, 4TAY Records, and Tantara Records.

Clarinetist Jeffrey O’Flynn serves as Assistant Professor of Clarinet at Utah Valley University where he directs the clarinet studio and coordinates the woodwind area. He performs as the principal clarinetist of the Queen City Opera, and as clarinetist in UVU’s faculty ensembles including the Alpine Chamber Winds and the Alpine Trio. He appeared with the Cincinnati Symphony, the Cincinnati Opera, the Richmond Symphony, the Wichita Symphony, and many other ensembles. Dr. O’Flynn played with both the UVU Wind Symphony and the UVU Orchestra as concerto soloist. His performance schedule has taken him across the US, as well as abroad to places like Belgium, Brazil, Mexico, and Spain.

Dr. O’Flynn is a dedicated teacher and lecturer. Recent masterclass presentations include Wright State University, the University of Texas at Arlington, and at Universidad Nacional Autónoma de México’s Clarinet Workshop where he was the featured guest artist. He has presented clinics at the Utah Clarinet Festival and for ÓNIX Ensamble’s (Mexico City, Mexico) Seminar of Contemporary Music.

In addition to his performing and teaching schedule, Dr. O’Flynn maintains an interest in arts administration. He served as manager of Cincinnati’s innovative ensemble concert:nova for three years. He has also developed an introductory course on arts administration for Utah Valley University. 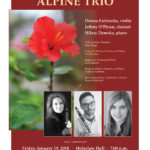