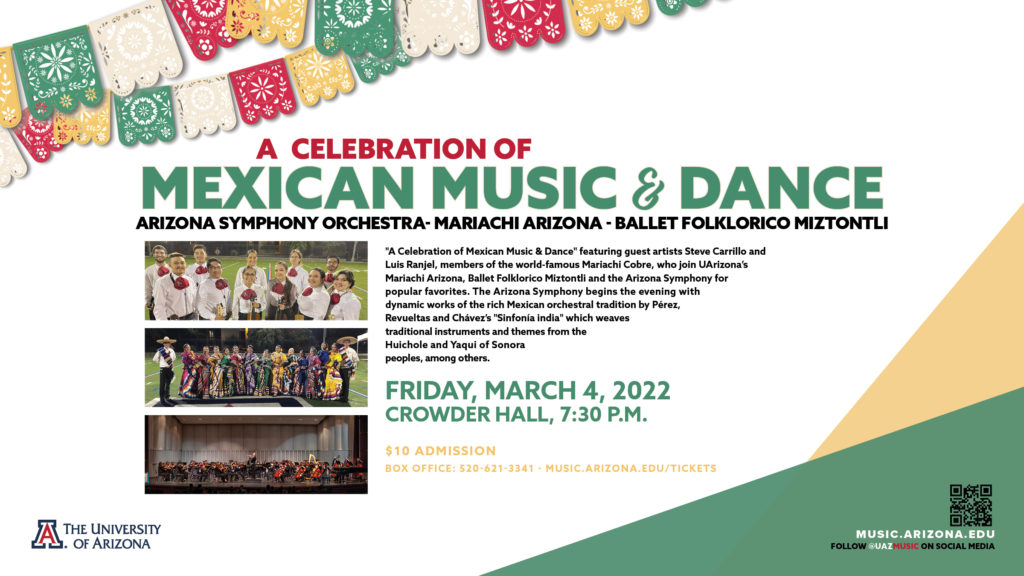 “A Celebration of Mexican Music & Dance” featuring guest artists Steve Carrillo and Luis Ranjel, members of the world-famous Mariachi Cobre, who join UArizona’s Mariachi Arizona, Grupo Folklorico Miztontli and the Arizona Symphony for popular favorites. The Arizona Symphony begins the evening with dynamic works of the rich Mexican orchestral tradition by Pérez, Revueltas and Chávez’s “Sinfonía india” which weaves traditional instruments and themes from the Huichole and Yaqui of Sonora peoples, among others. 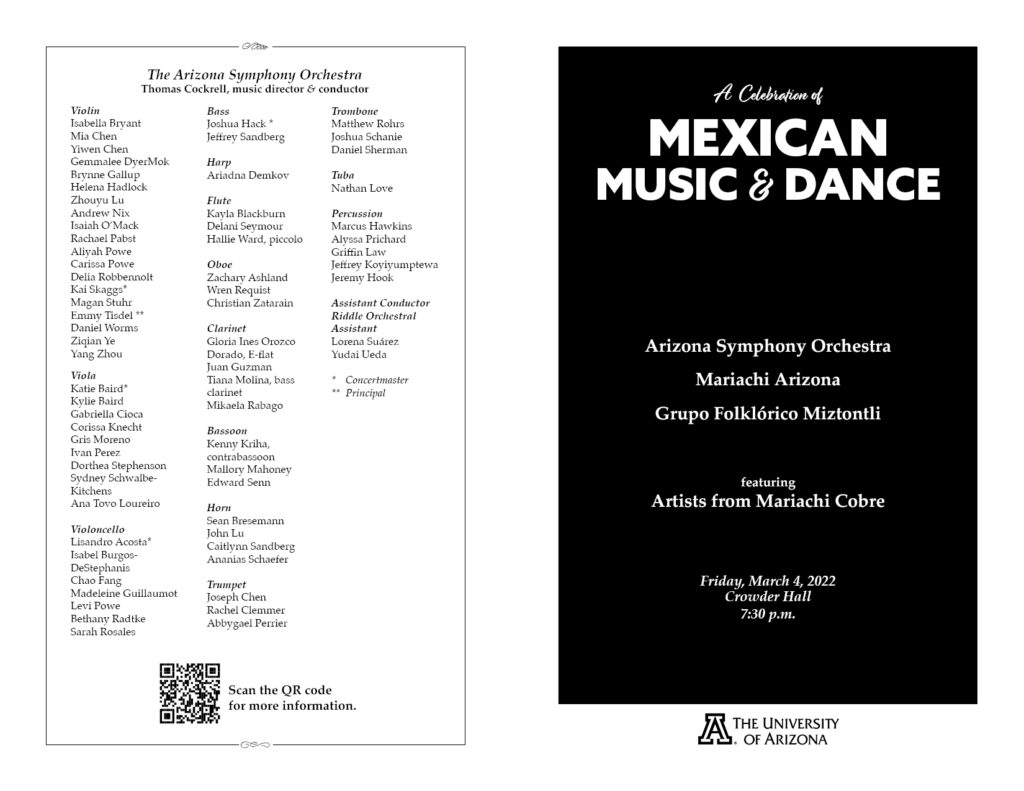 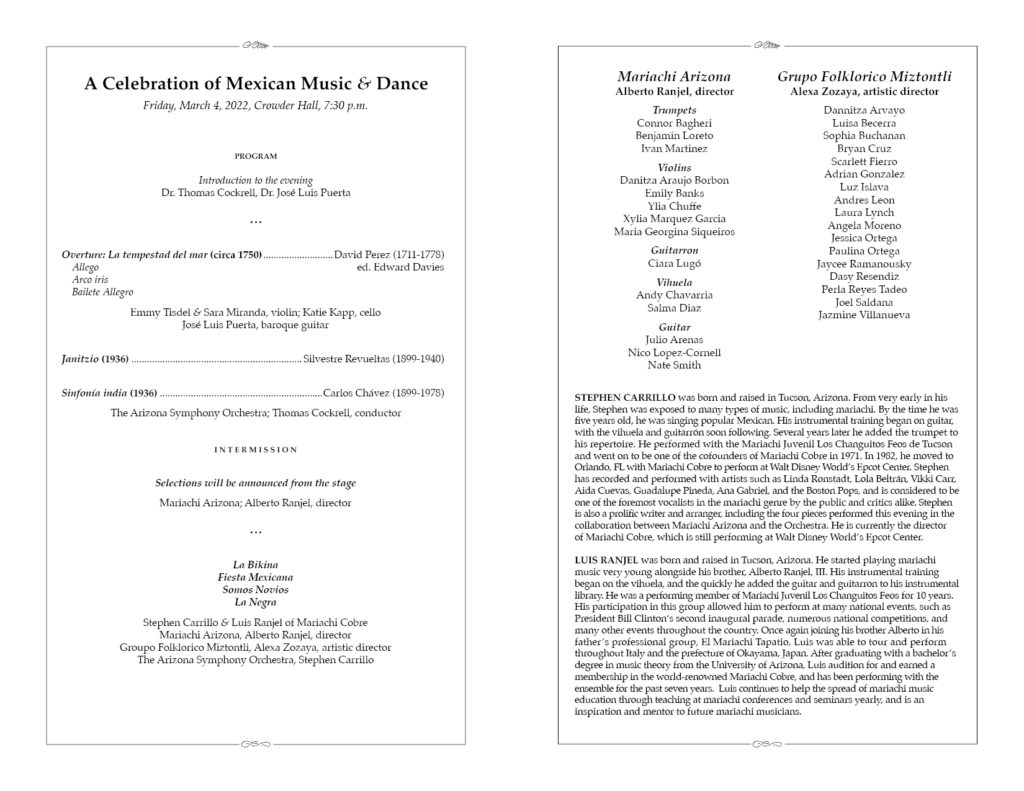 About the Guest Artists

Stephen Carrillo was born and raised in Tucson, Arizona.  From very early in his life, Stephen was exposed to many types of music, including mariachi.  By the time he was 5 years old, he was singing popular Mexican songs of the time.  His instrumental training began on guitar, with the vihuela and guitarrón soon following.  Several years later he added the trumpet to his repertoire.  He performed with the Mariachi Juvenil Los Changuitos Feos de Tucson for seven years and went on to be one of the cofounders of Mariachi Cobre in 1971.  In 1982, he moved to Orlando, FL with Mariachi Cobre to perform at Walt Disney World’s Epcot Center.  Stephen has recorded and performed with artists such as Linda Ronstadt, Lola Beltrán, Vikki Carr, Aida Cuevas, Guadalupe Pineda, Ana Gabriel, and the Boston Pops, and is considered to be one of the foremost vocalists in the mariachi genre by the public and critics alike.

Stephen is also a prolific writer and arranger, including the four pieces performed this evening in the collaboration between Mariachi Arizona and the UArizona Symphony Orchestra.  He is currently the director of Mariachi Cobre, which is still performing at Walt Disney World’s Epcot Center.

Luis Ranjel was born and raised in Tucson, Arizona.  He started playing mariachi music very young alongside his brother, Alberto Ranjel, III.  His instrumental training began on the vihuela, and then quickly he added the guitar and guitarron to his instrumental library. He was a performing member of Mariachi Juvenil Los Changuitos Feos for 10 years.  His participation in this group allowed him to perform at many national events, such as President Bill Clinton‘s second inaugural parade, numerous national competitions, and many other events throughout the country.  Once again joining his brother Alberto in his father’s professional group, El Mariachi Tapatio, Luis was able to tour and perform throughout Italy and the prefecture of Okayama, Japan.

After graduating with a bachelor’s degree in music theory from the University of Arizona, Luis auditioned for and earned membership in the world-renowned Mariachi Cobre, and has been performing with the ensemble for the past seven years.  Luis continues to help the spread of mariachi music education through teaching at mariachi conferences and seminars yearly and is an inspiration and mentor to future mariachi musicians.