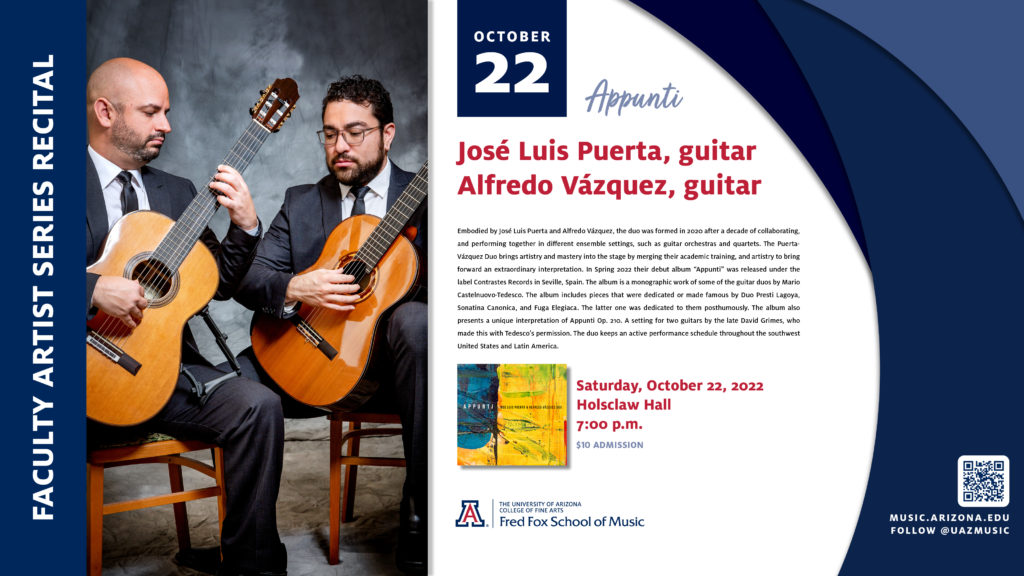 Embodied by José Luis Puerta and Alfredo Vázquez, the duo was formed in 2020 after a decade of collaborating, and performing together in different ensemble settings, such as guitar orchestras and quartets. The Puerta-Vázquez Duo brings artistry and mastery into the stage by merging their academic training, and artistry to bring forward an extraordinary interpretation. In Spring 2022 their debut album “Appunti” was released under the label Contrastes Records in Seville, Spain. The album is a monographic work of some of the guitar duos by Mario Castelnuovo-Tedesco. The album includes pieces that were dedicated or made famous by Duo Presti Lagoya, Sonatina Canonica, and Fuga Elegiaca. The latter one was dedicated to them posthumously. The album also presents a unique interpretation of Appunti Op. 210. A setting for two guitars by the late David Grimes, who made this with Tedesco’s permission. The duo keeps an active performance schedule throughout the southwest United States and Latin America.