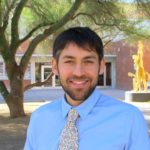 Matthew Mugmon – assistant professor of music at the University of Arizona whose research has focused on Mahler and Bernstein – has been appointed The Leonard Bernstein Scholar-in-Residence at the New York Philharmonic. He will be featured in two Insights at the Atrium events: “Sibelius in New York: An Archival Exploration,” a look at the composer’s relationship with New York City focusing on materials found in the New York Philharmonic Archives, and “Discovering The Song of the Earth,” featuring baritone (and former Leonard Bernstein Scholar-in-Residence) Thomas Hampson discussing Mahler’s Das Lied von der Erde, which he is performing with the Orchestra in April 2016. Dr. Mugmon will also conduct research in the Philharmonic Archives and speak at Pre-Concert Insights.

The New York Philharmonic has announced the 2015-16 season’s free Insights at the Atrium series. All held at the David Rubenstein Atrium and beginning at 7:30 p.m., these events combine discussion, often with live performance and video, to explore themes of the season. 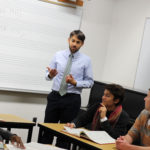