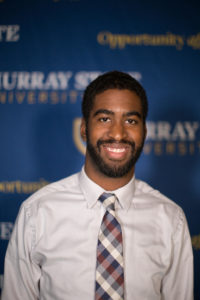 This colloquium is the twenty-fifth in a continuing series of lectures, to take place on the last Friday of the month. Each features a presentation by a faculty member, student, or guest in the areas of Composition, Musicology, or Music Theory (CMT), followed by a time for questions, comments, and general discussion. It is hoped that these monthly sessions will be an opportunity to communicate current ideas and research in these areas within the Fred Fox School of Music.

Grant Knox: “He’s Got Next: Implications of Common’s Foundations for Hip-Hop Music in Chicago”

The Golden Age of Hip-Hop (ca. 1988–1995) is home to a host of stylistic and cultural developments that would help us contextualize the decade(s) prior and following. Although much of the scholarship pertaining to this period discusses the landscape of hip-hop music on the East and West Coasts, there are a number of developments in cities such as Chicago, Atlanta, and Detroit. Specifically, much of the identity that is associated with Chicago hip-hop then and now responds to its resistance to mainstream exposure, and that identity has remained consistent despite its emergence onto the mainstream hip-hop scene. Because of this, scholarship evaluating the history of Chicago hip-hop remains limited, and we are left with an incomplete narrative of how Chicago hip-hop came to be the regional power that it is today.

Common’s 1992 album “Can I Borrow A Dollar?” remained consistent with innovations and developments of the Golden Age while paving the way for Chicago to emerge as a mainstream player in the hip-hop landscape. Although the Chicago sound is diverse and its evolution cannot be reduced to one artist’s profile, in this paper I will evaluate stylistic elements found in this album which are consistent with the Golden Age as well as the evolution of Common’s style which exhibit many of the stylistic distinctions we associate with Chicago hip-hop.

Grant Knox is currently pursuing a Master of Music in Historical Musicology at the University of Arizona. After receiving his bachelor’s in music education from Murray State University in Murray, KY, Grant looks forward to pursuing musicology with the hope of shaping the way broader audiences understand and appreciate music. This has led to his interest in hip-hop studies which accompanies his interest in the contributions of African-Americans to musical diplomacy

during the Cold War and various other 20th-century American music topics.

This colloquium is a preview of the paper Grant will present at “Hip-Hop in the Golden Age,” a conference that will take place at Indiana University on February 16–17, 201