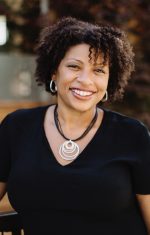 Please join us for a reception following the presentation

This colloquium is the twenty-eighth in a continuing series of lectures, to take place on the last Friday of the month. Each features a presentation by a faculty member, student, or guest in the areas of Composition, Musicology, or Music Theory (CMT), followed by a time for questions, comments, and general discussion. It is hoped that these monthly sessions will be an opportunity to communicate current ideas and research in these areas within the Fred Fox School of Music.

This presentation argues for a western reorientation to the history of race, sex, and early rock ‘n’ roll by looking at the arrests and convictions of musicians Chuck Berry and Baldemar Huerta, better known as Freddy Fender, in 1960. Berry was convicted of violating the Mann Act after crossing state lines with Janice Escalanti, an Apache teenager he met in El Paso. Freddy Fender, a Texas-born Mexican-American musician, was arrested for possession of a small amount of marijuana. He spent nearly three years in Angola state prison. He and his fans felt that the arrest and conviction stemmed from the fact that the married Fender was having an affair with an Anglo woman. Drawing on court documents, memoirs, and news coverage, this presentation examines the tensions that fueled these scandals: the mobility of men of color west of the Mississippi River, civil rights-era anxieties over sex and racial integration, and concerns about gender conformity in the early Cold War.

Tyina Steptoe is an associate professor of history at the University of Arizona who writes and teaches about race, gender, and culture in the United States. Her book, Houston Bound: Culture and Color in a Jim Crow City, shows how, despite the existence of Jim Crow laws that created a black/white racial binary, converging migrations to Houston—particularly those of ethnic Mexicans and Creoles of color—complicated ideas of blackness and whiteness and introduced different understandings about race between the 1920s and 1960s. The book also uses music to examine these racial complexities, tracing the emergence of Houston’s blues and jazz scenes as well as the hybrid forms of these genres that arose when migrants forged shared social space and carved out new communities. Houston Bound won the Kenneth Jackson Award for Best Book of 2016 (North American) from the Urban History Association, the 2017 W. Jackson Turrentine Book Prize from the Western History Association, and the 2017 Julia Ideson Award from the Friends of the Texas Room (Houston Metropolitan Research Center).

Currently, Professor Steptoe is working on several projects that explore race, culture, and history—a collection of primary documents from the Jim Crow era, a manuscript that explores the history of sexuality and gender in rhythm and blues music, and a monograph on the singing group, New Edition. Committed to work that reaches beyond the walls of the university, she has served as historical advisor for the television show, “Who Do You Think You Are,” appearing on a 2016 episode. She also hosts a weekly radio program on 91.3 KXCI called “Soul Stories,” which explores the roots and branches of rhythm and blues music.