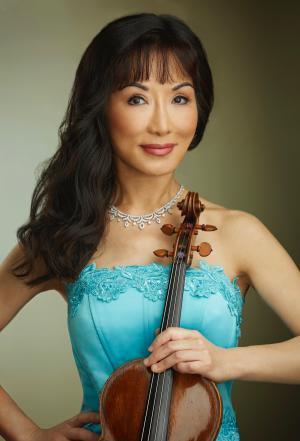 HONG-MEI XIAO was the first-prize winner of the Geneva International Music Competition. Her extraordinary artistry and brilliant virtuoso technique have gained accolades from critics across the globe.

Ms. Xiao held the honor of United States Artistic Ambassador during extensive concert tours of Europe. Her performances and interviews have been broadcast on television and radio throughout Europe, Asia and North America. Her concert recording of Frank Martin’s Ballade for Viola and Orchestra has been heard on over five hundred radio stations worldwide. As a special guest soloist, Ms. Xiao was invited to give the premiere performance of Alfred Schnittke’s Viola Concerto with L’Orchestre de la Suisse Romande in Geneva. The success of her performance was acclaimed by all three major newspapers in Geneva. The Geneva Tribune heralded her as the “ideal interpreter of the music”. As a sought after chamber music performer, she has collaborated with internationally celebrated artists such as Yo-Yo Ma, Joseph Silverstein and Cho-Liang Lin. Ms. Xiao was the featured artist for the Annual William Primrose Memorial Concert. She was also an adjudicator for the 2013 Lionel Tertis International Viola Competition in the United Kingdom.

Born into a musical family in China, Ms. Xiao began her violin study with her father, Xiao Heng, a well-known composer. During the years of her musical training, she was frequently engaged in public performances in China. After graduating from the Shanghai Conservatory with highest honors, she was distinguished as the only musician in Asia to receive the Asian Cultural Council Award. She completed her musical training in the United States with violist John Graham and received her Master of Music degree from the State University of New York at Stony Brook.