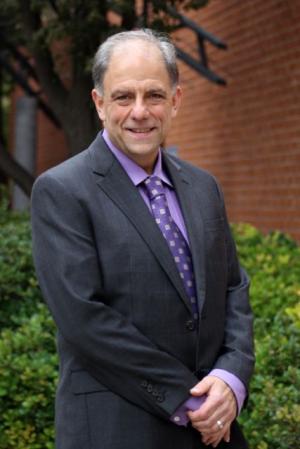 Edward Reid became Director of the Fred Fox School of Music in January, 2015 and holds the Alan C. and Daveen Fox Endowed Chair for the Director of the School. He is also Professor of Trumpet at the University of Arizona, where he has taught since 1994. He previously served as the Area Coordinator of the Wind and Percussion Department in the UA School of Music for more than ten years

He is the recipient of both the School of Music’s Maestro Award for student achievement and the College of Fine Arts’ Charles and Irene Putnam Excellence in Teaching Award. He is also a University of Arizona Faculty Fellow.

In addition to his University duties, Professor Reid is one of three solo cornetists with The New Sousa Band, which is featured in concerts throughout the U.S. and Japan. During a visit to Beijing, China in 2001, he presented several Master Classes and lectures. As part of this residency, he performed a solo recital and was the first non-Chinese citizen to perform as guest soloist with The People’s Liberation Army Central Band at Beijing University.

An active soloist, Professor Reid premiered the Double Concerto for Trumpet, Trombone and Symphony Orchestra by Eric Ewazen, written for Professors Reid and Thomas Ervin and commissioned by the University of Arizona School of Music. He also premiered a composition as a soloist at the International Trumpet Guild Conference in Bangkok, Thailand. He led a contingent of 22 UA brass performers to Bangkok and recently returned from Greece with another group of UA students. This past summer, seven UA students performed at the Banff Centre during the ITG Conference in Alberta, Canada. in 2009 he presented solo performances in Taipei, Taiwan and Morelia, Mexico.

Professor Reid also held the title of Principal Trumpet of the Tucson Symphony and was a member of that Orchestra from 1987-2010. He was Principal Trumpet of the Flagstaff Festival of the Arts Orchestra and has performed with, among others, the Royal Philharmonic Orchestra, the Grand Teton Music Festival Orchestra, the Phoenix Symphony Orchestra and the Heidelberg Castle Festival Orchestra in Germany. He has appeared as a soloist with the Dallas Brass, the University of Arizona Wind Ensemble, the Arizona Symphonic Winds, the New Sousa Band and the Tucson Symphony Orchestra.

Professor Reid served as Chair for the International Trumpet Guild’s Composition Competition in 2005. He also served as a judge for the Ellsworth Smith International Solo Trumpet Competition, the major contest held by the ITG every other year. He hosted the 2007 Carmine Caruso International Jazz Trumpet Solo Competition last November, which was sponsored by the Herb Alpert Foundation and the ITG.

He received the Bachelor of Music degree in Applied Music and Music Education and the Master of Music degree from the Eastman School of Music, where he studied with Barbara Butler, Sidney Mear and Allan Dean. Other teachers include David Hickman, Lewis Van Haney, Charles Berginc, Anthony Plog, Charles Geyer, Richard Green and Philip Smith.

He previously held teaching positions at Hope College in Holland, Michigan and at Arizona State University.