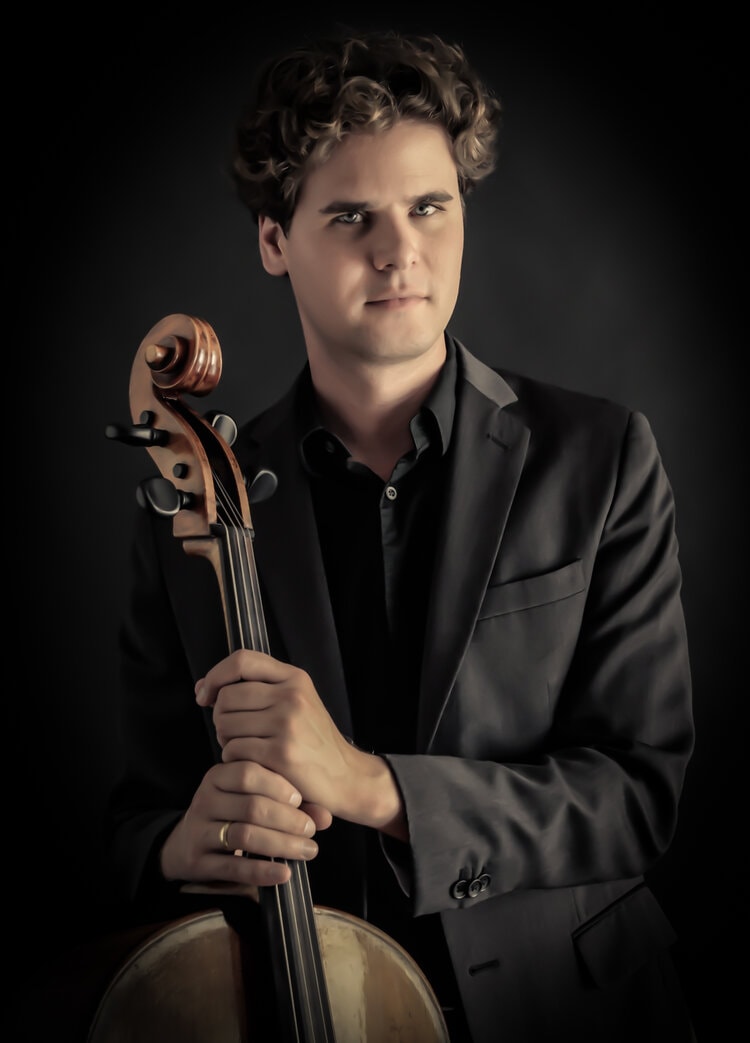 Critically acclaimed for his “eloquent and expressive artistry,” Theodore Buchholz has been lauded as a “virtuosic cellist” with a “warm beautiful sound.” He has performed in prominent venues from New York’s Lincoln Center to international halls in Tokyo, and in countless venues across the United States. His performances and recordings have aired on classical radio stations around the world. He performs on an exceptional cello made in 1877 by Charles Mennégand.

Buchholz’s album Afterglow: The Forgotten Works for Cello and Piano by Henry Hadley was released by Centaur Records in 2020. Earning the coveted five-star rating, Fanfare Magazine stated “Afterglow displays the composer’s rich harmonic language, and allows Buchholz to show off his impeccable phrasing during which he caresses each note. Its turns of phrase could simply not be more beautifully conceived and executed. Five stars: An exceptional recital of unjustly neglected music." His recording of Hans Winterberg’s Cello Sonata was released under the Toccata label in 2018. Music for Prince will be released by Toccata Records in 2021, featuring the world premiere of works for cello by Lennox Berkeley, Arthur Bliss, and William Walton.

Dr. Buchholz's current and former students perform in orchestras and chamber ensembles around the country and they teach private studios and schools around the world. His students have received scholarships from competitive conservatories and have won awards in national chamber music and solo competitions. They have appeared on NPR’s From the Top, as soloists with orchestras, and at leading music festivals. Theodore Buchholz is the recipient of the Taubeneck Superior Teaching Award.

A fervent believer in the power of music education to transform lives and communities, Dr. Buchholz launched the University of Arizona String Project in 2015. This program employs twelve university music majors and offers private lessons and ensemble rehearsals to 100 K-12 students. Through the endowment of a generous donor, this program enables free private lessons to community students who might otherwise have no exposure to music education. The String Project website is stringproject.music.arizona.edu.

As a nationally recognized researcher, Dr. Buchholz served as the Cello Forum Editor for the award-winning journal American String Teacher. He has been published in the Journal of Historical Research in Music Education and American String Teacher, and annually presents at national conferences. His current research is focused on pedagogy, leadership, and historic cello treatises.

A leader in music education, Buchholz served as President of the American String Teachers Association of Arizona. He is a member of The Recording Academy (the Grammy Awards). Buchholz is the Director of the Tucson Cello Congress which annually brings 100 cellists to the UA for a weekend of concerts and master classes. In 2018, he received the College of Fine Art’s Excellence in Fundraising Award.