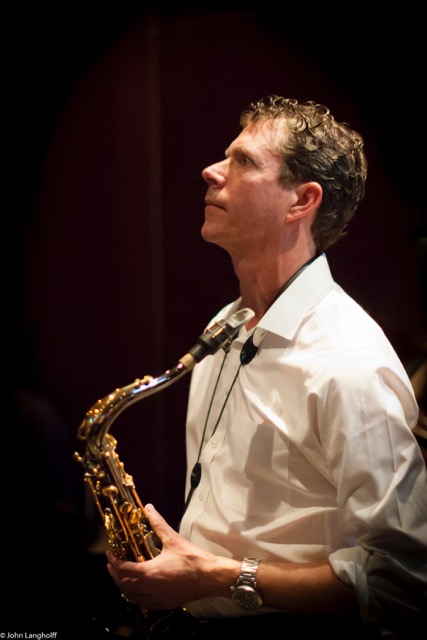 Saxophonist and composer Brice Winston is a native of Tucson, AZ, but cut his teeth learning jazz in the city where jazz was created – New Orleans. For more than 16 years he lived in New Orleans performing with countless local musicians and several world-class figures including such notables as Brian Blade, Ellis Marsalis and Nicholas Payton. After touring with Nicholas Payton’s band for a year, an acquaintance with band leader and composer Terence Blanchard developed into a close musical relationship that continues to this day. Brice has been touring with Blanchard for over fifteen years, an association affording him the opportunity to perform all over the world with some of the greatest musicians alive including Herbie Hancock, Dianne Reeves, Lionel Loueke and Dave Holland. Brice has recorded 7 CD’s with Blanchard including the Grammy Award winning CD, â€‹A Tale of God’s Will – A Requiem For Katrina â€‹as well as more than 15 movie scores for film director Spike Lee among other directors. After returning to Tucson in the aftermath of Hurricane Katrina in 2005, Brice found himself becoming increasingly involved in jazz education. After teaching briefly for the Tucson Jazz Society’s educational program Tucson JazzWerx, Brice joined forces with bassist Scott Black and trombonist Doug Tidaback in 2008 to form the Tucson Jazz Institute (TJI). TJI has since gone on to win top awards at festivals and competitions all over the United States, becoming a model of jazz education for the world. September 19, 2014 marked the release of Brice’s sophomore recording, â€‹Child’s Play,â€‹ recorded in Brooklyn, New York with some of the most cutting edge and in-demand musicians on the jazz scene today, with Mike Moreno on guitar, David Virelles on piano, Joe Sanders on bass and Marcus Gilmore on drums. Most recently, Brice has joined the music faculty at the University of Arizona, is a resident artist/educator at Northern Arizona University, and continues to perform in jazz clubs, concert halls and jazz festivals all over the world.